Do you jump out of bed in a morning raring to go or can’t you wait until the time when you can crawl back in? Do you return from a busy day at work and collapse on the sofa with tiredness? You’re certainly not alone if you do, tiredness is the number one complaint that we visit our doctor with. It’s easy to blame our busy lifestyles with work commitments, family, household chores, travel etc But tiredness or fatigue is not always due to burning the candle at both ends.

The Royal College of Psychiatrists suggests that, at any given time, one in five people feel unusually tired and one in 10 have prolonged fatigue. Women tend to feel tired more than men.

Why is it that some people have bags of energy and pack so much into a day? Assuming there are no underlying medical conditions (check with your doctor) and your basic needs are met, like getting enough quality sleep, drinking enough water, getting enough exercise and the correct nutrition. It might surprise you to learn that 70 percent of our total energy is emotional—the kind that manifests as hope, resilience, passion, fun, and enthusiasm.

Learn to recognize what drains your energy—life situations, toxic people, or habits of mind like worry, guilt, indecision, and envy—and take steps to avoid or minimize it. Second, you identify what fills your tank—pleasure, prayer, novelty, anticipation, fun—and give yourself more.

Unlike physical energy which can deplete as we age, we can learn to increase our emotional energy year on year; it’s a never-ending renewable energy source!! Finding out what works for you is the key, recognize what drains your energy and take steps to change. Common energy drains could be:

1. Living up to someone’s else expectations

2. Loss of identity, not knowing who you are and what direction you’re taking in life.

3. Envy – Comparing yourself to others is a total waste of time! Look at what you have and be grateful! Showing gratitude everyday is a great energy booster!

4. Worry – torments and exhausts us. Taking action is a cure for worrying!

5. Unfinished projects / tasks. Either plan to complete the tasks or dump them! If you can’t find the time to do them either outsource or forget them!

GET YOUR FREE TIPS

Looking after number 1! Are you selfish enough?

Using Emotional intelligence to progress towards your goals Part 2

Sir Alex Ferguson is arguably the greatest football manager of all time, love or hate Manchester United most people will agree that his 25 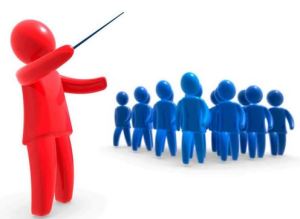 year reign is one of the most successful in history, not only did he manage a football team, he shaped a club that ‘ ranks among the most successful and valuable franchises in sports’. This week I came across a fascinating case study by Harvard Business School professor Anita Elberse examining Ferguson’s management approach, I recommend you read the full article here, below are the highlights which I believe all leaders can apply in business.

Set High Standards—and Hold Everyone to Them

We talk a lot on this blog of standards, vision and goals. Getting the team to buy into these standards is crucial for business success but it can also apply to our personal lives:

Ferguson speaks passionately about wanting to instill values in his players. More than giving them technical skills, he wanted to inspire them to strive to do better and to never give up—in other words, to make them winners….

Ferguson: Everything we did was about maintaining the standards we had set as a football club—this applied to all my team building and all my team preparation, motivational talks, and tactical talks.

If you are not happy with some aspect of your life perhaps its time to raise your standards and strive to live up to them. Sometimes we need to take a moment and reevaluate the things that we have accepted in our lives. It is not an easy task but if you can commit to it; life will be much more enjoyable.

Have you got strong enough reasons to follow through everyday?

Is your vision strong enough to pull you everyday?

Ferguson had a very strong work ethic and energy which spread throughout the team, he was always the first one there in the morning because he knew there was a job to be done; attitudes can become contagious if you lead from the front. When players stepped out of line and didn’t uphold the standards set by the club they were dealt with quickly, no matter how big the name!

In 2005, when longtime captain Roy Keane publicly criticized his teammates, his contract was terminated.

Sometimes holding ourselves accountable to the standards we have set for ourselves is the hardest challenge but great leaders do exactly that, everyday!

It doesn’t matter if the person is the best player in the world. The long-term view of the club is more important than any individual.

Match the Message to the Moment

Communication in business is still one of the hardest challenges to overcome. The media portrayed Ferguson as quite a fearsome leader, with stories of half-time team talks which resulted in the throwing of coffee cups so I was quite surprised to read that he worked hard to tailor his message to the situation.

Fear has to come into it. But you can be too hard; if players are fearful all the time, they won’t perform well either. As I’ve gotten older, I’ve come to see that showing your anger all the time doesn’t work. You have to pick your moments. As a manager, you play different roles at different times. Sometimes you have to be a doctor, or a teacher, or a father.

As a leader you have to inspire, teach and reprimand when necessary. How you deliver your message is just as important as the words you use.

No one likes to be criticized. Few people get better with criticism; most respond to encouragement instead. So I tried to give encouragement when I could. For a player—for any human being—there is nothing better than hearing “Well done.” Those are the two best words ever invented. You don’t need to use superlatives.

The case study goes on to mention that if a player did play badly during a game Ferguson would give the feedback straight away, he wouldn’t wait until Monday. When Monday arrived it was already forgotten as he was thinking about the next game. Giving timely feedback and moving on is another lesson we can learn.

Rely on the Power of Observation

As Ferguson started to delegate the training sessions to his assistant manager and coaches it gave him  the opportunity to supervise:

The switch from coaching to observing, he told us, allowed him to better evaluate the players and their performances. “As a coach on the field, you don’t see everything,” he noted. A regular observer, however, can spot changes in training patterns, energy levels, and work rates.

It’s very easy to be caught up in the day-to-day tasks of business, some managers can find it difficult to delegate tasks and trust their team. But as a leader you have to be able to spot potential issues before they become a problem.

My presence and ability to supervise were always there, and what you can pick up by watching is incredibly valuable. Once I stepped out of the bubble, I became more aware of a range of details, and my performance level jumped.

Are you to involved?  What tasks can you delegate to become a better leader for your team?

The only person that can really motivate you, is you! But if you implement the following tips you will be more positive and have more energy to deal with your workday!

1. Start each day with a positive input

Spend at least 15 minutes at the start of the day with positive input, this could be quotes you read, motivational books or CD’s. The commute to work is a great time to listen to motivational material, audiobooks are a great resource! If you have a “library” of positive thoughts in your head, so you can draw upon them if the day doesn’t go exactly as you’d prefer.

2. Tie your work to your life’s goals.

Always remember that there’s a deeper reason why you go to work and why you chose your current role. Maybe it’s to support your family, to change the world in some way, to help your customers, to make a difference: Whatever the deeper motivation, remind yourself that this workday–today–is the opportunity to accomplish part of that deeper and more important goal.

3. Keep track of what you have completed.

Making a to-do list and crossing out each task of as completed is a great way to stay motivated at work. Often when we are busy and getting tired we lose track of everything we have actually accomplished.

To many of us bring ourselves down to match other people, when asked how we are doing we often say ‘I’m ok’ or ‘hanging in there’, that sort of self talk sets you up for failure! Say ‘I’m wonderful’ or ‘feeling fantastic’, be positive it can only improve your mood!

Try and build into your schedule regular breaks throughout the day, After some time knocking away at the computer or whatever else you do at work, you can get tired or feel monotonous. That’s when you need to take that small 10 minutes break. Have a break from the computer and get a drink of water, stretch your legs and refresh it will make you more productive.

7. End your day with gratitude !

Exercising your “gratitude muscle” is the best way to make certain that you experience more success. Before you go to sleep, get out a tablet (paper or electric), and record everything that happened during the day about which you are (or could be) grateful.

You’ll sleep better and be ready for tomorrow–which will probably be even more fabulous than today.

None of these tips take a lot of time, just a little bit of effort to change your daily routine will have a big reward!